C Major festival: the music festival that will go on 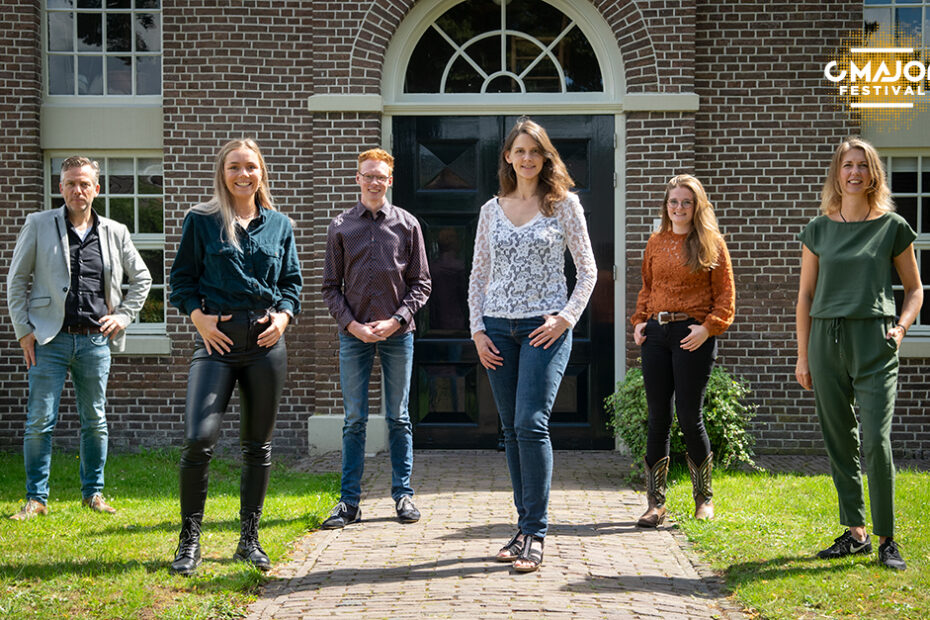 The first edition of the C Major Festival will take place in Grolloo on August 20, 21, 22 and 23. The old village church will be transformed into a true music paradise. The festival consists of four different themed evenings. During these evenings there will be a series of classical, blues and Drentse concerts, with a nod to the well-known festivals that were unfortunately cancelled this year. At the C Major festival every night will be dedicated to a different genre, with live audiences.

For months it has been quiet in Grolloo. The sound of flute music was nowhere to be found, festivals were cancelled, ‘Blues Village’ Grolloo completely shut down because of corona. In August, the new C Major Festival will finally take place. An initiative of two musicians from Grolloo itself, Elisabeth Hopman (flutist) and Martijn C. Veenstra (conductor/producer). They came up with the C Major Festival in this summer period to bring music and action back to their own village. “We want high class concerts at this unique location”.  It has been quiet for long enough for us, it’s time for action. With C Major Festival we set up a festival that presents music at a high level and within every taste. C Major is the festival that will go on.

On Thursday evening we kick off with Sean Webster, Tollak Ollestad and Erwin Java. With this trio we immediately bring back our national pride, Erwin Java, even though the International Blues Festival could not take place.

On Friday evening, Martijje and band are on the line up. During this Drentse evening, singer, composer and lyricist Martijje will perform her own repertoire and takes the audience into her world of the Drentse language. Martijje will also bring her new book, Rust Reinheid In De Maot with her and she will sing her own songs from her new album ‘Zicht’, which will be released later this year.

Another great act is planned for Saturday evening, which we will announce shortly.

Sunday afternoon is all about the flute. Every August, the internationally acclaimed ‘Grolloo Flute Sessions’ takes place, organised by the world-famous flute maker Eva Kingma. Because of Corona, this festival had to be cancelled too. With the arrival of the German flutist, Kersten McCall and his international colleague flutists, flute music will still be heard from Grolloo this year. Kersten McCall has been working as a solo flutist for the Royal Concertgebouw Orchestra and as a international flute artist and teacher since 2005.

Despite the corona restrictions, there will be room for live audiences during the concerts. A limited number of Concert Tickets is available. You can be there. Every household/single person will get their own pew. Together with a loved one, family member or roommate you will be able to experience a night out in ‘Blues Village’ Grolloo. This is a unique opportunity for the music lover to see the artists perform in an intimate environment.