Yes! Despite Corona yet BLUES in Grolloo! 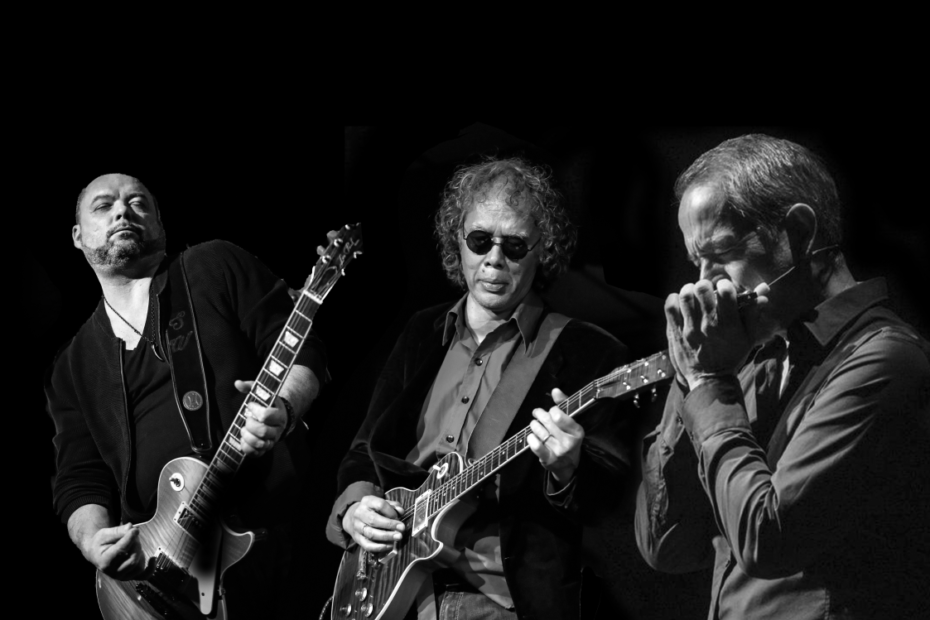 On Thursday 20 August 2020 ERWIN JAVA, SEAN WEBSTER and TOLLAK OLLESTAD will play in Grolloo during the C Major Festival.

Guitarist Erwin Java (1956) has an amazing track record. He was part of White Honey, Herman Brood’s Wild Romance and no less than 25 years of Cuby & the Blizzards. After the death of singer Harry ‘Cuby’ Muskee (2011) in 2012 he co-founded King Of The World, which caused a national furore and released four well-received records. But there are so many other challenges and so Java decided to leave this band as of June 1, 2018.

In December 2017 he released his first solo album, entitled ‘Keepin’ It Real’, on which Java shines his light on ten classics from blues history, songs that have brought something to him during his musical wanderings.

Sheffield-based singer/guitarist Sean Webster (1976) will assist Java in both pieces of ‘Keepin’ It Real’ and material from Webster’s extensive oeuvre for this semi-acoustic occasion. Blessed with a characteristically raw voice and a patent for melodious, bluesy guitar playing has performed all over the world in his career. He appeared on television in Austin, Texas, and did several live sessions for BBC Radio 2. Love brought Webster to the Netherlands (Giethoorn). So far he has released 6 albums.

In addition to Java and Webster, the US-born singer/harmonica player Tollak Ollestad has been recruited, who can also be heard on ‘Keepin’ It Real’ in the latter capacity. In addition to his old school Bluesharmonica work, Tollak’s harmonica playing is often compared to that of Toots Thielemans and Stevie Wonder. Born in Seward, Alaska and raised in Seattle, Tollak moved to Los Angeles and gained notoriety as a harmonica player and keyboardist.

He is in the crosshairs of artists such as Don Henley, Andrea Bocelli, Chet Atkins and Kenny Loggins with whom he performs live. He also contributed to albums by Al Jarreau, Earth Wind and Fire, Natalie Cole, Gino Vanelli, Christopher Cross, Billy Idol, Jacky Cheung and others. As a keyboardist/singer he toured with musicians such as Michael McDonald, Kenny Loggins, Sheena Easton, Jewel, Edgar Winter, Al Stewart, David Becker and Seal.

In 2004, trapped by love, Tollak decided to move to Groningen.

In the intimate setting of the Village Church in Grolloo, the three Bluesvioenaren give a very special concert! A first for Java and his band and an absolute must for the fan!